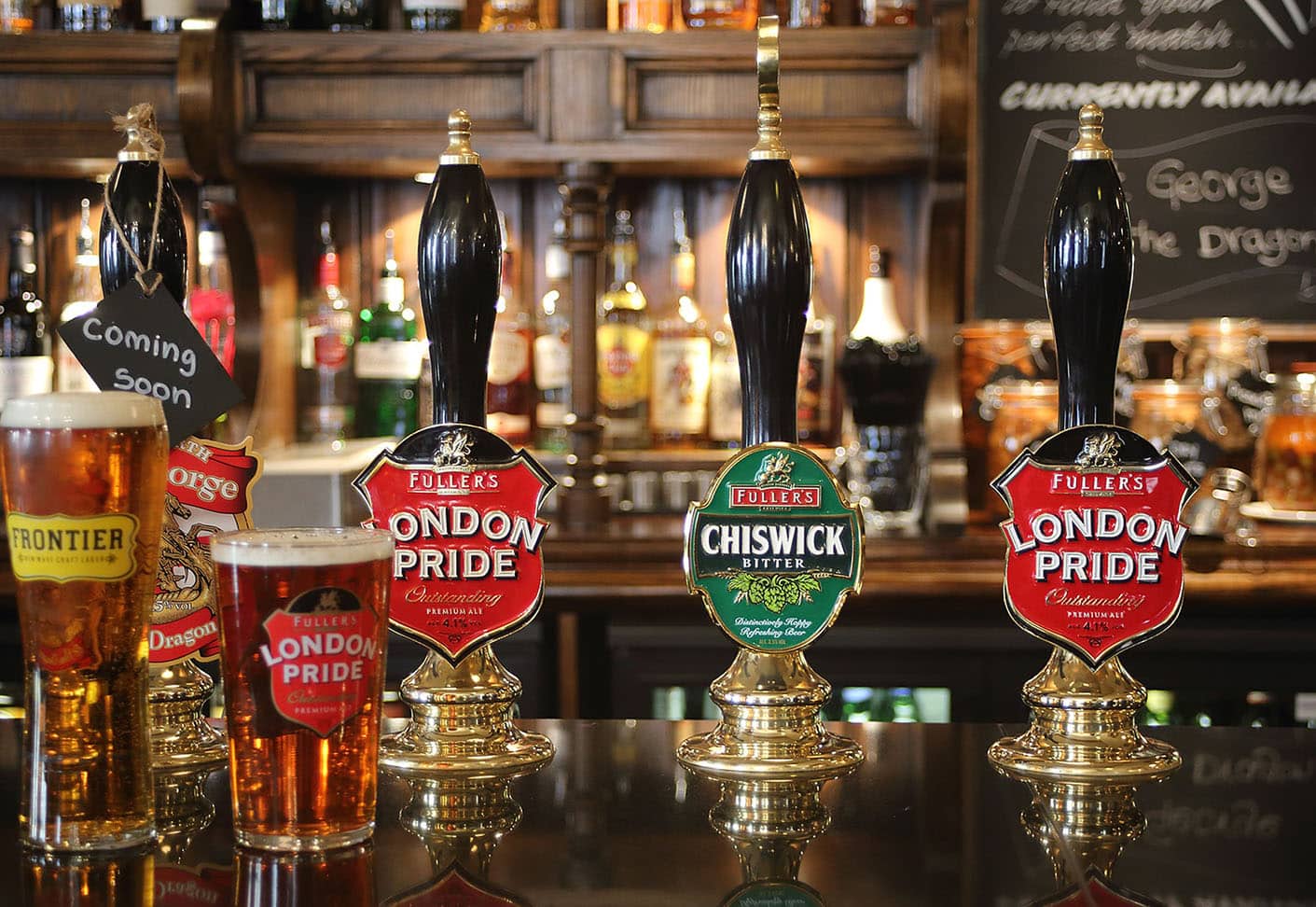 StoryTourist is in the business of bringing you to the locations where stories take place, and pubs are definitely venues where many a great story has been told. Check out our list of five historic London pubs and the fascinating tales that surround them!

The pub culture in the UK in general, and in London in particular, is unique. It is a social gathering place and the central hub of both villages and neighborhoods.

Is there really a better place to share some juicy gossip, tell a tall tale or participate in a discussion about something interesting you’ve read? Why not visit a few of them on your next visit to London? Our StoryTours will show you the way to a couple of them.

As it stands today, the pub was built during the late 1800’s, but there was a pub in the same location even before that, named The Crown and Sugar Loaf.

The pub’s owner renamed it the Punch Tavern in honor of the staff of Punch Magazine, who worked nearby and used to come for drinks at the end of their workday.

Punch Magazine was an iconic satirical magazine, which was founded in 1841 and read by influential people such as Charlotte Bronte, Emily Dickinson, Robert Browning, Queen Victoria and Prince Albert.

Many of Punch Magazine’s staff meetings were held at the Punch Tavern, where the topic for each edition’s cartoon would be determined over cigars and brandy.

Punch Magazine used the wellknown Mr. Punch puppet as their logo, which is why the Punch Tavern still has a sign with Mr. Punch on their exterior wall. 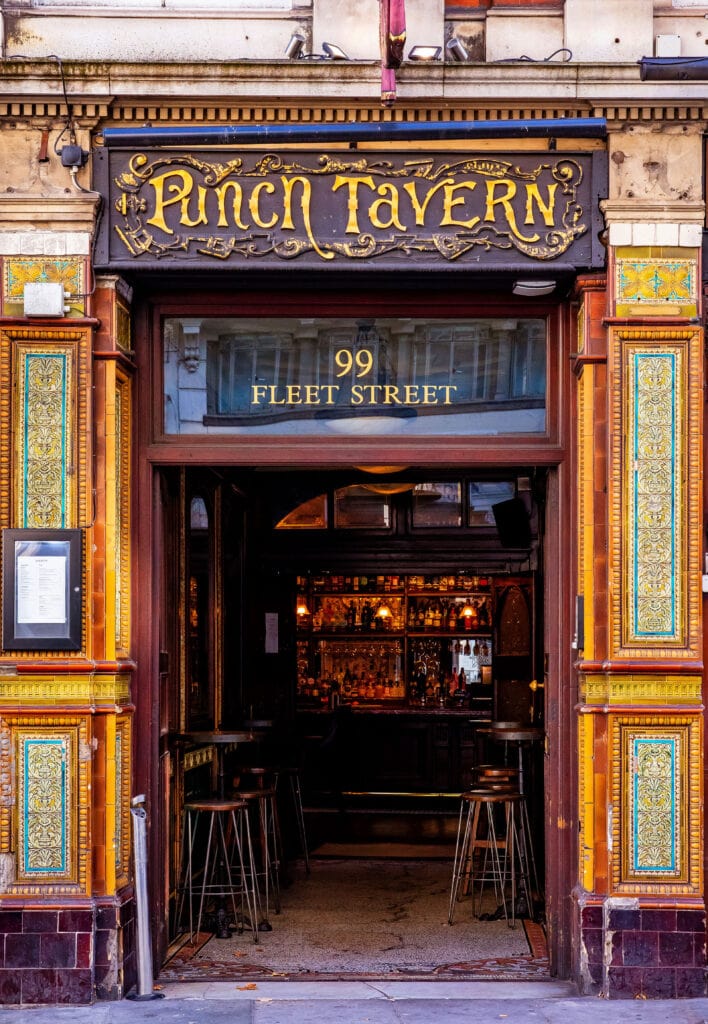 Today, the Punch Tavern refers to itself as a former gin palace, which is a kind of pub code for a lavishly decorated bar selling gin, which was a very cheap and popular drink at the start of the 19th century. You’ll pay a visit to The Punch Tavern on our Dr Jekyll and Mr Hyde-themed StoryTour, click here to find out more!

This hidden-away Covent Garden pub dates to 1772. Today, the Covent Garden area is a cozy neighborhood of quaint restaurants and shops, but it used to be a violent area back in the day. Believe it or not, but The Lamb & Flag pub used to be nicknamed “The Bucket of Blood” due to hosting many bare-knuckle prize fights in an upstairs room.

If you pay this pub a visit, you will be able to find a commemorative plaque on the building wall, which informs the visitor of a near-deadly attack on John Dryden that took place in a nearby alley in 1679. Dryden was an English poet, literary critic, translator, and playwright who was appointed England’s first Poet Laureate in 1668.

He was walking home through the Rose Alley, behind The Lamb & Flag pub when he was attacked by thugs hired by the Earl of Rochester. Dryden’s poem, “An Essay upon Satire,” contained a number of attacks on King Charles II, his mistresses and courtiers, but most pointedly on the Earl of Rochester, who was a notorious womanizer. Rochester responded by hiring the thugs. John Dryden survived the attack and offered a £50 reward for anyone who could identify his attackers. The reward was never claimed by anyone. 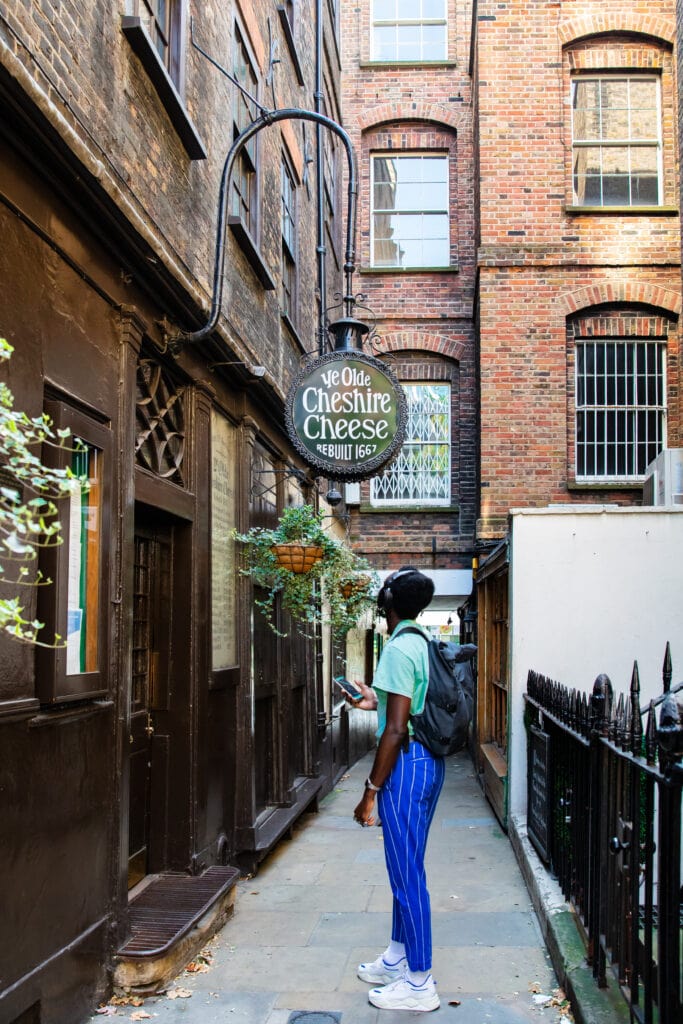 This pub has been at London’s 145 Fleet Street for over 300 years, with such regulars as Charles Dickens, Mark Twain, and Sir Arthur Conan Doyle. It is not surprising then that it has been both alluded to and downright mentioned in several classic stories. In Agatha Christie’s The Million Dollar Bond Robbery, detective Hercule Poirot dines with a new client at the Cheshire Cheese. Robert Louis Stevenson mentions the Cheese in The Dynamiter (1885); ‘a select society at the Cheshire Cheese engaged my evenings.’

Even though there are even older pubs in the same area, Ye Olde Cheshire Cheese is still one of the more mythical ones, in part due to the complete lack of natural light inside. The vaulted cellars are thought to belong to a 13th-century Carmelite monastery which once occupied the site. The entrance to this pub is situated in a narrow alleyway and is very unassuming, yet once inside visitors will realize that the pub occupies a lot of floor space and has numerous bars and gloomy rooms. In winter, open fireplaces are used to keep the interior warm. In the bar room are posted plaques showing famous people who were regulars.

A grey parrot named Polly lived at the Cheshire Cheese for about 40 years. He could imitate the sound of a cork popping, followed by the “glug glug glug” sound of wine being poured. Journalists who visited the Cheese soon learned not to discuss potential scoops close to Polly, since he was prone to repeat parts of conversations to other guests. When Polly died in 1926, around 200 newspapers around the world published obituaries.

You will walk right past the secluded entrance to Ye Olde Cheshire Cheese on our Dr Jekyll and Mr Hyde-themed StoryTour, click here to find out more!

The Prospect of Whitby

This is the oldest riverside pub in London, dating from 1520, and it comes with a great deal of interesting history! The tavern was formerly known as The Pelican and later as the Devil’s Tavern, on account of its dubious reputation.

In former times it was a meeting place for sailors, smugglers, cut-throats and robbers. Sir Hugh Willoughby sailed from here in 1553 in a disastrous attempt to discover the North-East Passage to China.

A gallows and noose hang on the Thameside of the pub, as a reminder of regular customer Judge Jeffreys. He became known as “The Hanging Judge” during the 1700’s, due to his historical reputation for severity and bias.

The only thing that remains from the original pub today is the stone floor. When the building burned down in the early 19:th century it was rebuilt in the same spot, and was then grade II listed in 1950.

The Prospect of Whitby can be seen in an episode of Only Fools and Horses, in the movie D-Day the Sixth of June, in an episode of Whitechapel, and in the end scenes of the 2020 Netflix movie The Old Guard.

Are you a William Shakespeare fan? In that case, we recommend you visit The George, located close to the London Bridge. This pub was established during the medieval time, and back then it was a coaching inn. This type of inn offered a resting place for people and horses traveling through Europe and was an important part of the infrastructure system at the time.

The George was considered Shakespeare’s local pub, and his plays were performed in the courtyard for years. The George was one of the many famous coaching inns in the days of Charles Dickens. Dickens visited the George and referred to it in both Little Dorrit and Our Mutual Friend.